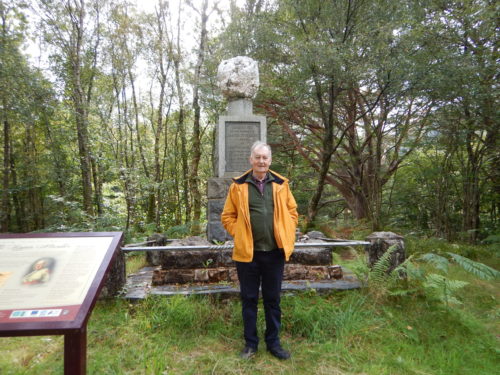 Stewart Campbell, who lives in Helensburgh on the west coast of Scotland, is our first international speaker joining us through the technology provided by Zoom. Stewart was in charge of Health and Safety during construction of the English Channel Tunnel which was officially opened in 1994. He pointed out that the idea of a tunnel linking Great Britain and the Continent goes back to 1802 but costs and other considerations prevented anyone following through on the idea.

Stewart said that Canada had early experiences in building tunnels as well, mentioning the rail tunnel between Sarnia and Port Huron which first opened in 1891 and the Mt. Macdonald rail tunnel at Rogers Pass which opened in 1916.

Stewart said some early attempts at tunnelling were made in the late 1800s and a partial tunnel was bored in the 1970s. The final tunnel, started in 1988, is the third longest rail tunnel in the world at 50.5 km and the longest under sea section at 39.7 km. He said the land section on the UK side is 9.3 km compared to 3.3 km on the French side. 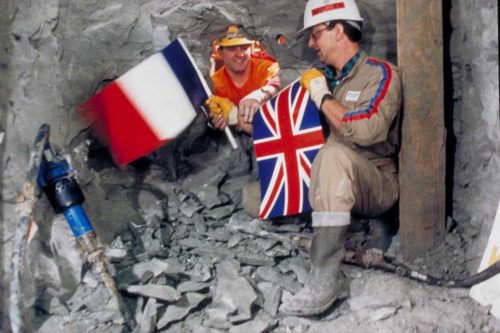 Tunnelling crews started work on each end and worked toward the middle. The British crews had six boring machines and the French had five. In total each side had about 7,000 workers. Stewart said that the British crews actually advanced more than half-way across because they experienced easier boring conditions. The two crews celebrated the official breakthrough on December 1,1990. Both sides were slowed by water coming into the tunnel forcing alterations to their erection methods. Stewart pointed out that the tunnel actually involves two separate tunnels, 7.6 metres in diameter and 30 metres apart, for traffic to move in opposite directions as well as a smaller service tunnel running between the two rail lines. There are also linking tunnels in case of emergencies and numerous piston relief ducts to control ventilation.

Stewart said that safety was a major concern during construction especially related to the fear of fire since there was only one way out. No smoking rules were strictly enforced and measures were taken to reduce the danger of electrical fires. Stewart said that about seven UK workers died on the job and another two or three on the French side.

Stewart showed a clip from the movie Mission Impossible that purported to show a helicopter linked by cable to a high-speed train being pulled into the tunnel, but he said that that would not be possible because of the dimensions of the tunnel. Stewart said that his part in the construction ended with the actual tunnelling but outfitting the tunnels with rail lines and other finishing touches took a few more years.

He recommended the book “The Tunnel under the Channel” by Thomas Whiteside for anyone wishing more information. There are also several YouTube videos that provide excellent descriptions of the tunnel and its construction which ended up costing £9 billion.

During a question-and-answer session, Stewart said he was unsure of the financing details of the massive project. However, a follow-up email pro[1]vided a link to an article by Christian Wolmar, a well-known railway commentator in the UK. In the article Wolmar says Prime Minister Margaret Thatcher pushed through the decision to build the tunnel but insisted that it had to be built with private money. However, Wolmar claims that although there were various hidden subsidies in the scheme the project’s early financial difficulties meant that the debt could never be conceivably paid off and was eventually all but written off.