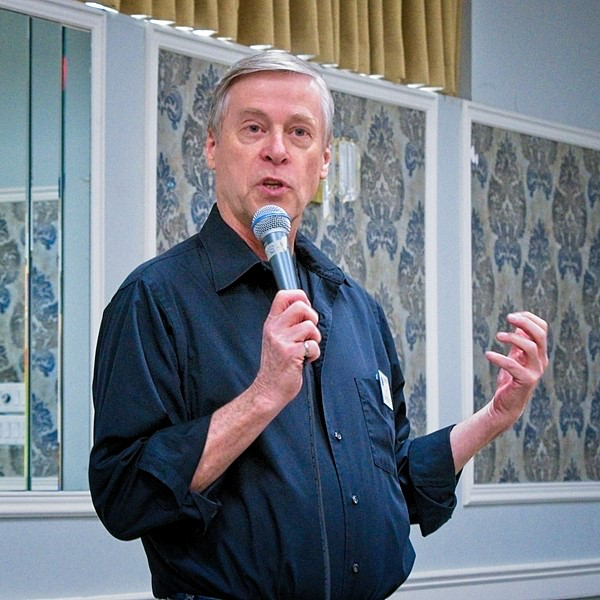 Joe Vanderkooi presented a brief talk on memories of people he and his friend Noel encountered during a cross Canada bicycle trip in the early 1980’s.

Riding from British Columbia, Joe said the mountain scenery was spectacular, but it was the people that made the trip so memorable. He talked about riding through a grasshopper infestation that literally coated the road. During a stop for lunch at a roadside restaurant they got into a conversation with a local man about farming in southern Ontario and described the long growing sea-son and variety of crops here. When they went to pay for their lunch the waitress told them there was no charge as the stranger had paid.

Joe also recalled an incident from north of Superior as they struggled through never-ending hills when they met an old pickup truck swerving on the highway and three young men yelling at them out the window. The bicyclists got a bit nervous when the pickup turned around, passed them and then stopped on the side of the road ahead of them and the three and waited beside their truck. Joe and his friend feared a confrontation but when they stopped, they were asked about their trip and then offered a beer as the three were on their way to a party and had started early on their truck load of refreshments.