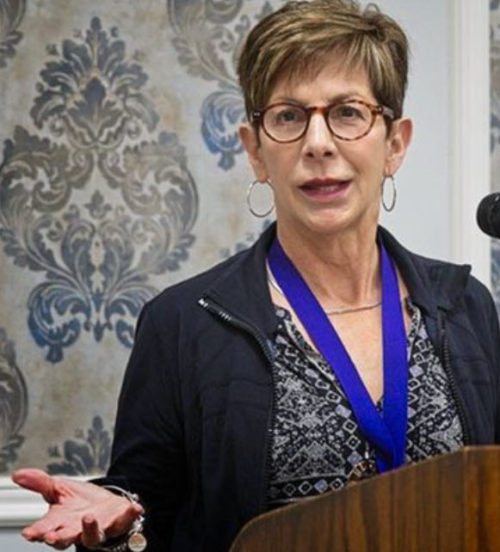 Osteoporosis is a disease that affects men as well as women

Emil Knebel introduced guest speaker Chris Esposito who has had an extensive background in volunteer work and has spent 10 years working with Osteoporosis Canada in Niagara.

Chris said that she was pleased to be able to speak to a group of men because osteoporosis is so often considered a woman’s disease but affects men as well. She pointed out that one in three women and one in five men will suffer a broken bone from osteoporosis.

She said that there is no single cause of osteoporosis which is a thinning of bones as they be-come porous and thus much weaker. She said that family history or certain medications can be factors.

To emphasize the seriousness of broken bones, Chris pointed out that approximately 30,000 hip fractures occur in Canada each year and proportionately more men than women die within one year of that fracture.

She said that osteoporosis is difficult to detect and is often not discovered until someone suffers a broken bone as the result of a minor injury such as a stumble or fall. She emphasized the importance of everyone over the age of 65 having a bone density test and said that anyone with certain risk factors should have a test sooner and with more frequent follow-ups.

The results of the test then serve as a baseline to compare bone density at a later date. She said that patients should obtain a copy of the results and keep for their own record. She pointed out that an initial bone density test is covered by OHIP and is both safe and painless.

There is some good news. Certain drugs are available to help increase bone mass. An active life style is key to having healthy bones. Walking, stress resistance, weight training and building core strength are all key to maintaining strong bones. She said that Vitamin D helps bones absorb calcium but cautioned that it is possible to get too much calcium if you are taking calcium supplements along with a healthy, balanced diet.

She said that it has been shown that bone density numbers can be reversed with a healthy diet and regular activity. Chris pointed out that astronauts on extended trips to space have to maintain a regular exercise program to combat osteoporosis.

Note: If members would like more information about calcium in their diet, they can check out a document produced by the Dietitians of Canada which provides a detailed listing of food sources of calcium.