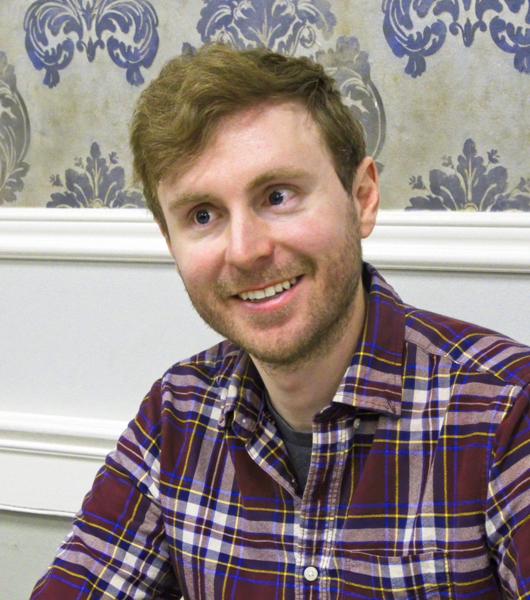 Adam Shoalts, a native of Fenwick, who graduated from Brock and received a PhD from McMaster University, has undertaken a number of expeditions for Canadian Geographic.

Adam talked specifically about two books that he has written. The first, titled Alone Against the North, recounts his amazing solo 4,000-kilometre journey across Canada’s Arctic and the second, A History of Canada in Ten Maps, follows the history of exploring and mapping the expanse of Canada.

Adam, who said that he has had a passion to be in the woods from an early age, has explored and photographed his way around the world and, in particular, has sought out places were few other humans have travelled.

Illustrating his talk with photos, Adam talked about the challenges of crossing the Arctic. He said much of the Hudson Bay lowlands are swamp and bog. He set out from Old Crow in the Yukon in May and reached Baker Lake, Nunavut in September.

Along the way, he worked his way up stream on the Coppermine River, made portages around rough water and sometimes was forced to stop for a day or two because of high winds. He also talked about the opportunity to photograph wild animals that were not used to seeing humans. His experiences included a face-to-face encounter with a muskox as he peeked out from his tent.

In his second book, Adam, the explorer in residence for the Royal Canadian Geographic Society, provides background and context to 10 early maps of Canada starting with a Viking map showing part of Canada and Greenland.

As more of the west was discovered by the likes of Cartier, Champlain and McKenzie, maps be-came more detailed and more accurate. Adam said that maps prepared by David Thompson, in the late 1700’s and early 1800’s, are precise even by to-day’s standards.