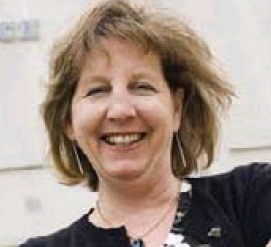 John Sallman introduced guest speaker Nancy Speck who retired in 2019 after a career with the Niagara Regional Police as a civilian crime analyst. A St. Catharines native, Nancy was born into a policing family. Her parents were Judy and David Gittings. David, a Staff Superintendent with the NRP, was a long-time PROBUS member until his death in 2019. 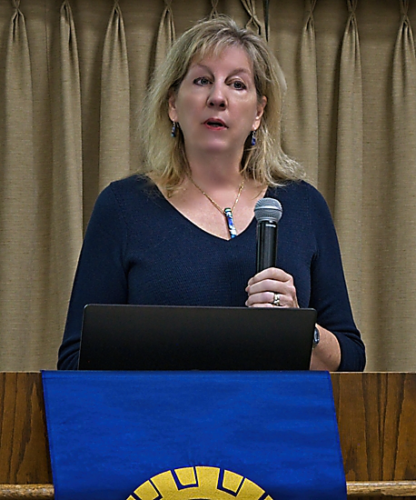 Nancy said that she had many doubters who didn’t believe that, as a civilian and a female, she would be able to cope as a crime analyst. But over the years she certainly proved those doubters wrong.

Nancy was assigned to work in one of three districts in Niagara and worked closely with officers and detectives within her area but also with other police services to compile information on all manner of crimes in an attempt to find patterns. She provided examples of crimes where similar MOs would show up in weekly crime reports and allow her to direct officers to a potential suspect.

She pointed out that part of her job was to keep track of offenders who were on parole Nancy Speck since many times they returned to the same types of crimes that they had been involved in before. She said that a data base of things like nicknames, tattoos and popular hangouts often helped direct police to suspects.

Nancy said that part of her on-going learning process involved attending crime scenes as well as attending many extensive courses.

She did point out that some crime groups travel around the province and that makes them much more difficult for analysts to track.

Nancy was praised by then Chief of the NRP, Wendy Southall for her expertise in crime analysis and for her passion to upgrade her knowledge and skills over 40 years. For her part, Nancy said that she enjoyed the work and loved the challenge it offered.

Duncan McLaren thanked John for suggesting her as a speaker and thanked Nancy for her enlightening talk. He presented her with a gift certificate as a token of appreciation.